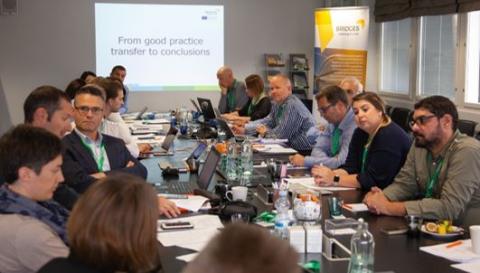 The meeting took place the 11th and 12th of September in the premises of Helsinki-Uusimaa Regional Council in Helsinki, where the partners of the project from 7 different countries of Europe went. The Smart Specialisation (RIS3) was treated in practice deals with regional, place-based innovation strategies aiming for economic development, based on the broader Cohesion Policy of the European Commission and the partner put in common the regional action plans.
Attached it´s the summary of the meeting

On the other hand, during the meeting they recorded to some meeting moments with the partners or some interviews that are available in the project channel of Youtube: BRIDGES Interreg Europe